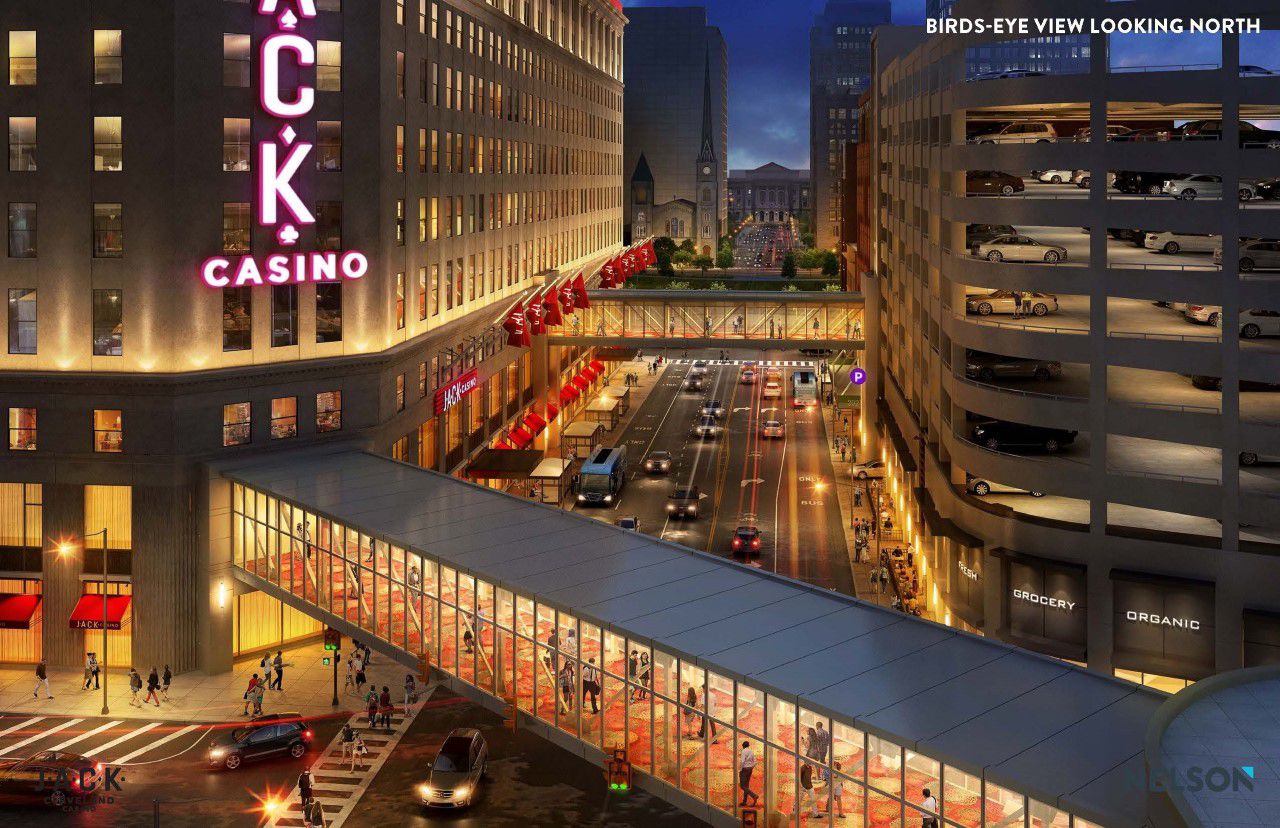 JACK Entertainment is monetizing a pair of Cleveland assets, announcing that it will sell the Jack Cleveland Casino and the Jack Thistledown Racino to Vici Properties (NYSE:VICI) for $843.3 million in cash.

Vici Properties is paying $843.3 million for the Jack Cleveland Casino and the Jack Thistledown Racino. JACK Entertainment will lease back those venues. (Image: Cleveland.com)

Privately held JACK Entertainment, which is controlled by billionaire Cleveland Cavaliers Dan Gilbert, will lease back those properties from Vici.

Related to the transactions, JACK is signing a 15-year lease agreement with Vici at an initial annual rate of $65.9 million. The entertainment company will have four five-year renewal options following the expiration of the 15-year term.

Ohio continues to be one of the healthiest and fastest-growing regional gaming markets, and we are thrilled to add high-quality, urban real estate to our portfolio at an attractive capitalization rate,” said Vici President and COO John Payne in a statement.

The transactions are expected to close early next year.

Not The First Time

Before news of the Jack Cleveland Casino and the Jack Thistledown Racino sales was announced Monday, the entertainment and real estate companies had an established relationship, one that has been active in 2019.

Last month, Jack finalized the sale of the property assets of Jack Casino Cincinnati to Vici in a transaction valued at $745 million. Hard Rock International is managing the gaming area there.

The Jack Cleveland Casino may have been compelling for Vici because that property is connected to the Renaissance and Ritz Carlton hotels in downtown Cleveland. The venue has 96,000 square feet of gaming space, 1,300 slot machines, and 120 table games.

Busy Year For ViciVici, the real estate investment trust (REIT) spun off from Caesars Entertainment in 2017, has been on a shopping spree this year.

In June, the REIT partnered with Century Casinos to purchase the Mountaineer Casino Racetrack and Resort in West Virginia, and the Isle Casino Cape Girardeau and Lady Luck Casino in Missouri from Eldorado Resorts for $385 million. Vici’s part of that deal was $278 million for the property assets of those gaming venues.

A week later, when Eldorado announced a $17.3 billion takeover offer for Caesars, it was revealed that Vici would pay $3.2 billion to acquire the real estate assets of Harrah’s New Orleans, Harrah’s Laughlin, and Harrah’s Atlantic City.

As part of that agreement, Eldorado can also sell Harrah’s Hoosier Park and Indiana Grand to Vici at a later date. Vici also gained rights of first refusal to potentially engage in a purchase of or sale-leaseback deals on the Horseshoe Casino Baltimore and up to two Caesars’ assets on the Las Vegas Strip…